Getting to the building on Toronto transit

On the subway system, make your way to the Queen's Park Station. Exit the Station at the exit located on the west side of University Avenue and the south side of College Street. When youarrive at the street level, you can easily orient yourself by looking around until you see the CN Tower -- that is south. Walk west on College Street. You will pass 5 streets until you arrive at Ross Street. The Gage Institute Building is on the south west corner of College and Ross Streets.

Driving from east of Toronto

From Highway 401, take the Don Valley Parkway south and exit at Bloor Street. Continue on Bloor Street west towards the downtown, passing over a large ravine. After several blocks, turn left at Church Street; then after several more blocks, turn right on Carleton Street (which becomes College Street). Drive west along College Street for 5 major blocks. The Gage Building will be on the left (south) side of the street at Ross Street just across from the University of Toronto Bookstore.

Driving from west of Toronto 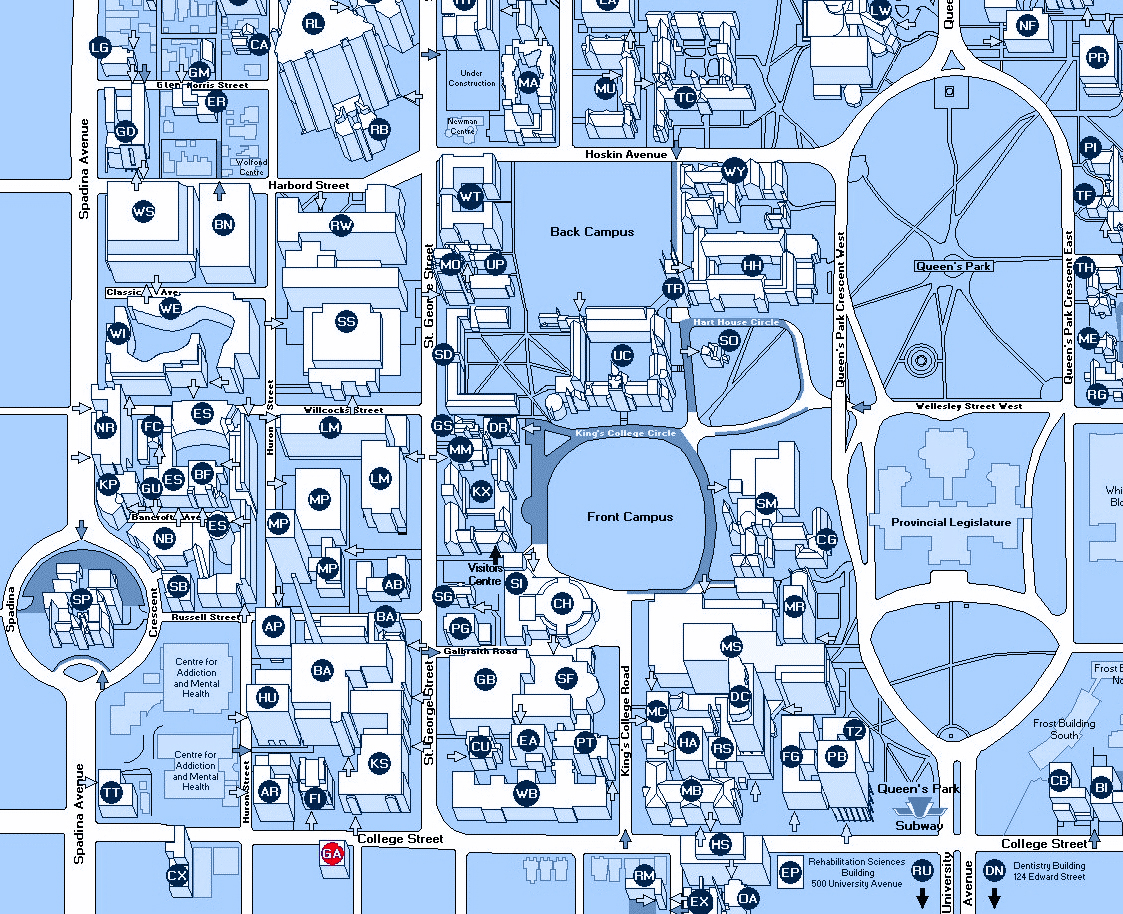 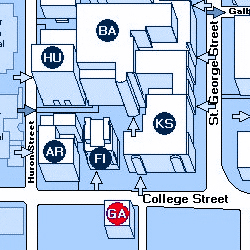